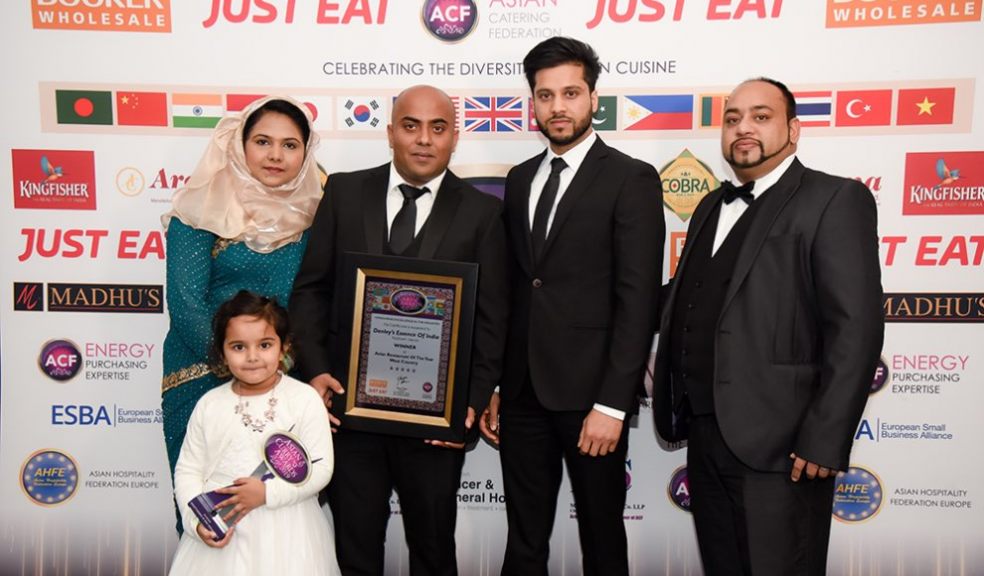 Denley's Essence of India in Topsham has been crowned the winner of the Asian Restaurant of The Year (West Country) at the 2019 Asian Curry Awards. Jay Miah and Islam Khan, owners of the popular East Devon restaurant attended the awards ceremony on Sunday 17th November at Grosvenor House, Mayfair, London. The owners, together with their families accepted the prestigious award.

The Asian Curry Awards, now in its 9th year was attended by 700 VIP guests, including guest of honour, Sadiq Khan, Mayor of London. The awards were set up in order to recognise the huge successes by business owners across the whole of the curry industry and ensure the key players are rewarded for their achievements.

Jay Miah comments on his win; "We are beyond thrilled to have won this award. The previous owner of Denley’s has five British Curry awards under his belt, so we are beyond thrilled to be able to carry on the legacy. I’m so proud of the whole team at the restaurant, from the front of house staff, to our highly trained chefs in the kitchen.

“Thank you to our amazing customers for their continued support, it’s really nice to see so many familiar and friendly faces in the restaurant and we love welcoming new faces too. I’ve been running Indian restaurants for over 10 years and this award is one we’ve been working so hard to achieve. The team at Denley’s will continue to make improvements and keep to the standards our customers deserve.”

Denley's Essence of India delicious cuisine is prepared by top chefs and served in stylish surroundings by friendly staff. Located in a former dairy, Denley's understated facade belies the tardis-like restaurant inside which can accommodate 50 people in sophisticated but comfortable surroundings.

To experience a delicious dish from the winner of the Asian Restaurant of the Year 2019 (West Country), head to Denley’s Essence of India in Topsham, a short distance from Exeter’s city centre.