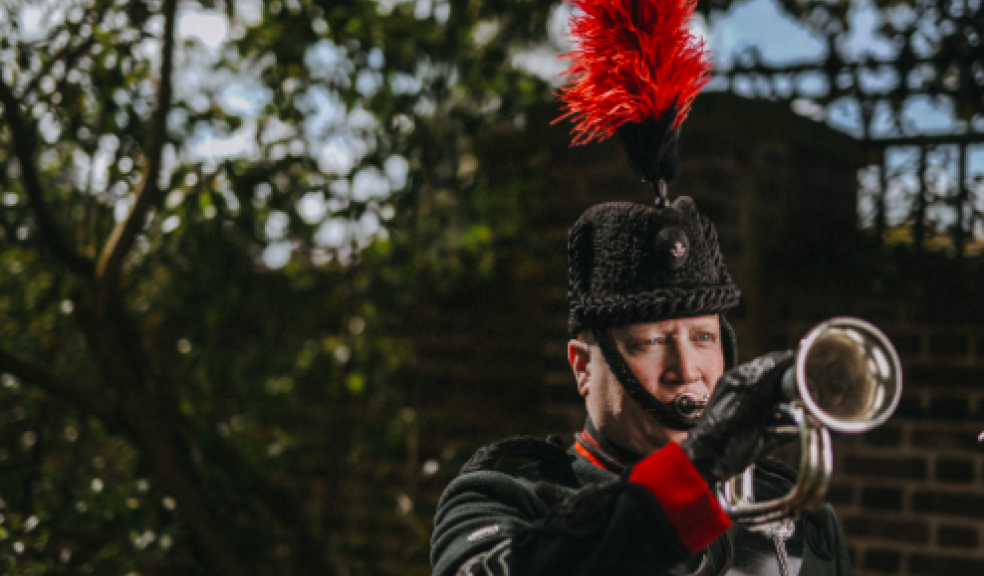 A once-in-a-lifetime opportunity to see what goes on behind the big red wall off Exeter’s Topsham Road has had unprecedented interest for a series of exclusive summer evening concerts.

Organisers at Wyvern Barracks say their first night of three is almost sold out. The events will see David FitzGerald from BBC Radio Devon hosting the 6 Rifles concerts along with folk superstar headliners Show of Hands and Devon choir The Lost Sound.

The three nights of summer shows called “100 years Behind the Red Brick Wall” will be filled with music and storytelling documenting a century of military history right at the very heart of Exeter City.

To be held on July 5th, 6th and 7th, the open-air early evening concerts will combine the skills of multi award-winning acoustic roots/folk duo Show of Hands with the military band featuring songs from the wartime periods and performances from South Dartmoor’s Lost Sound Choir.

BBC Radio Devon’s David FitzGerald will be providing a commentary as narrator, telling the story of Wyvern Barracks and the battalions based there - and interacting with the audience.

Tickets are going fast with the Thursday night almost sold out already and there is FREE parking at County Hall.

It’s the very first time an event like this has ever been held at Wyvern so don’t miss out and get your tickets now here: https://www.eventbrite.co.uk/e/wyvern-18-tickets-44215834752