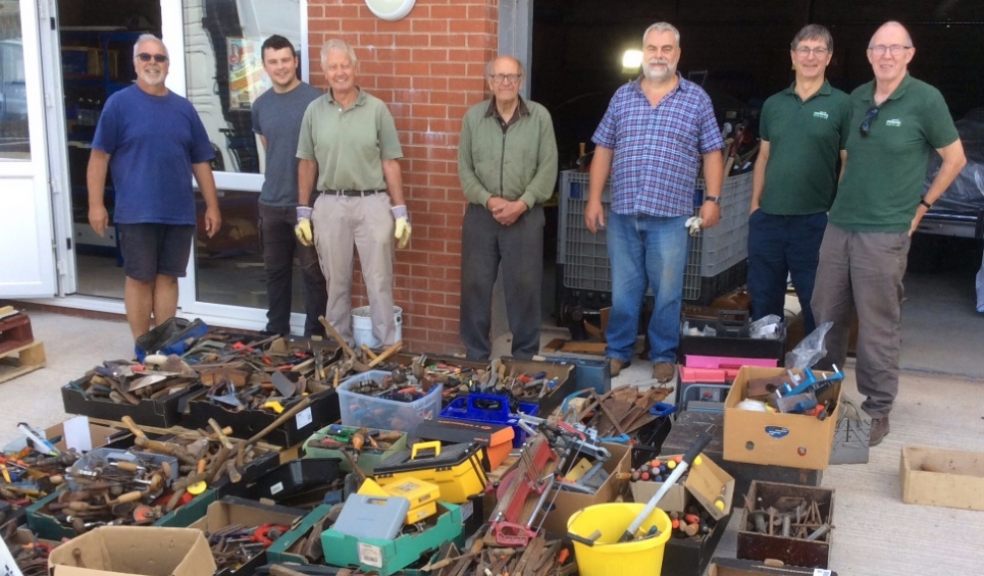 The Exeter branch of RGB Building Supplies and Devon-based charity Amigos are thanking the local community for the amazing response received to their recent appeal to donate preloved tools. These will all now go on to help young people in Africa lift themselves and their families out of poverty.

Amigos has been working in Uganda for nearly 20 years and for the last nine it has been providing vocational training in construction skills. Throughout June and July, a total of 33 ‘dumpy bags’ of tools were collected across the RGB network and in some cases, instead of donating preloved tools, RGB customers purchased brand new items to leave at the drop zones.

Amigos Chief Executive Phil Pugsley said: “This was a fantastic campaign and we are so grateful both to RGB and their staff for the wonderful support they provided, but even more so to their generous customers who have given tools. The impact these tools will make in Africa is beyond measure.

“Everyone who has supported this campaign has played a big part in changing many people’s lives, and for that we can’t thank you enough. Tools not only help make and repair things, but they also put food on the table, send kids to school, repair boreholes and bicycles, and even help put roofs on people’s mud huts so they can keep dry! For every tool kit, imagine how many people will be helped in just one year, let alone 10, 20 or 30 years.

Mr Pugsley added:  “During the RGB appeal there were occasions where widows, who were unsure of what to do with the tools of their loved ones, found comfort in donating them knowing the items will be used to make a real difference to those in need.”

Paul West, Branch Manager at RGB Exeter, commented: “We’re thrilled with the response we had to the appeal. Something that may have been gathering dust in a garage or shed will now go on to make a real difference to young people’s lives, and we’d like to say a huge thank you to our customers and the big-hearted local community for their fantastic support.”

There were responses to the campaign from across the country and following its success, plans are already underway to repeat it in 2020.