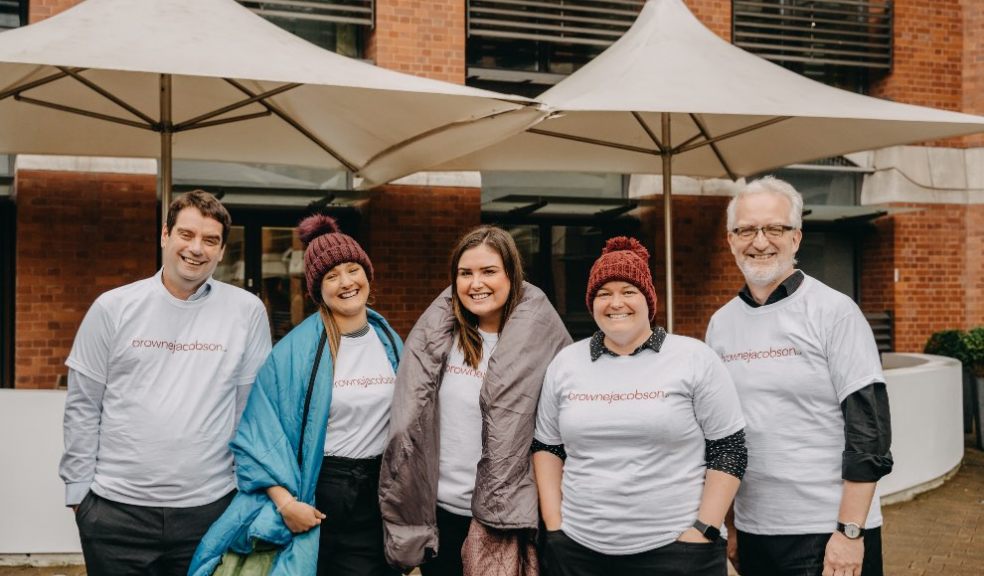 Twenty-six Browne Jacobson trainees have raised over £11k for the firm’s five charity partners after completing the last of three endurance testing events this weekend.

The final challenge saw 14 of the trainees forfeiting their home comforts by taking part in an Autumnal Sleep Out in the firm’s office gardens in Nottingham that tied in with National Homeless Awareness Week.

The group smashed their £7k target set out earlier in the year with all the proceeds being divided equally between all five partner charities.

The charities are based in the local communities of each office and their work is reflective of the firm’s commitment to work with and to make a positive impact in those communities.

The partner charities are :

Since the challenge was launched in June, the team have taken on an intense training regime in order to prepare for the three events.

The group covered a combined total of 1,000 miles in a 50 mile and 125 mile cycle ride around Nottingham in June as well as a 26 mile trek around Derbyshire’s White Peak back in July. There were also numerous cake bake sales that were organised in each office to further boost funds.

Iain Blatherwick commented:  “We are incredibly proud of all of our trainees and the gruelling efforts they have endured to raise much needed funds for these five fantastic charities, highlighting the invaluable work they do.

“The team have really been put through their paces with these stamina stretching challenges which has seen them use their own time to organise the logistics of these events, clock up some serious mileage and tough it out in severe weather conditions – as well as testing their powers of persuasion to convince some of us to take part too!

“Working and supporting our local communities remains very much at the heart of what we do at Browne Jacobson.”

You can read the story of the trainee challenge and make donations here: localgiving.org/fundraising/traineechallenge2019