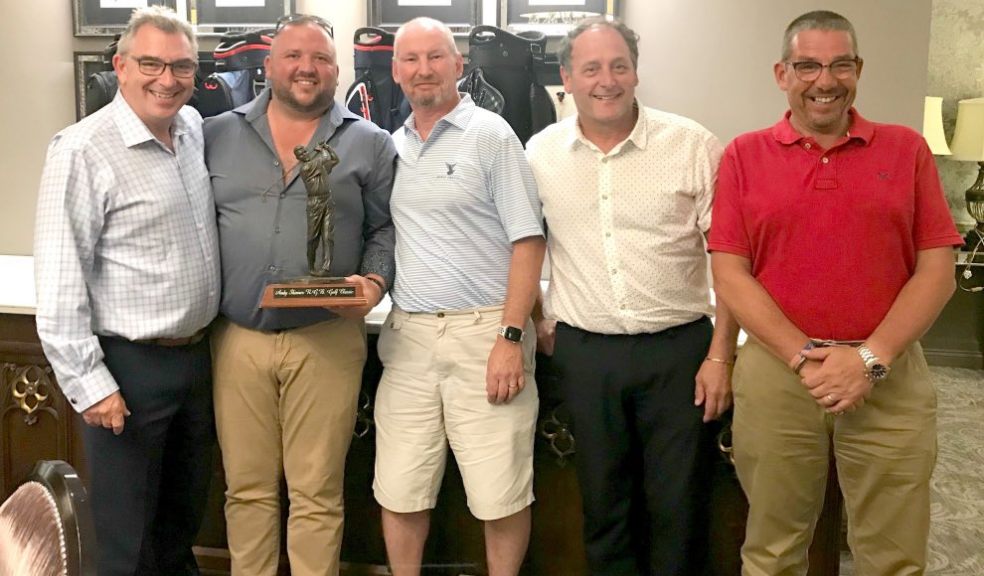 The day, organised in association with Exeter City FC, saw 28 teams made up of suppliers, customers and staff take part in the four-ball competition, with The Room Works team taking home the Andy Shinner Memorial Trophy.

Following the golf, players enjoyed a sit-down meal and were entertained by former Scottish rugby player and BBC commentator Ian Robertson. A representative from the Devon Air Ambulance trust also highlighted how the money raised will help the charities.

“Our golf events are always extremely well supported and I would like to take this opportunity to thank everyone associated with Exeter City FC, as well as our customers, suppliers and staff, who helped us raise such a fantastic amount of money for the two charities. Congratulations to the team from The Room Works.”