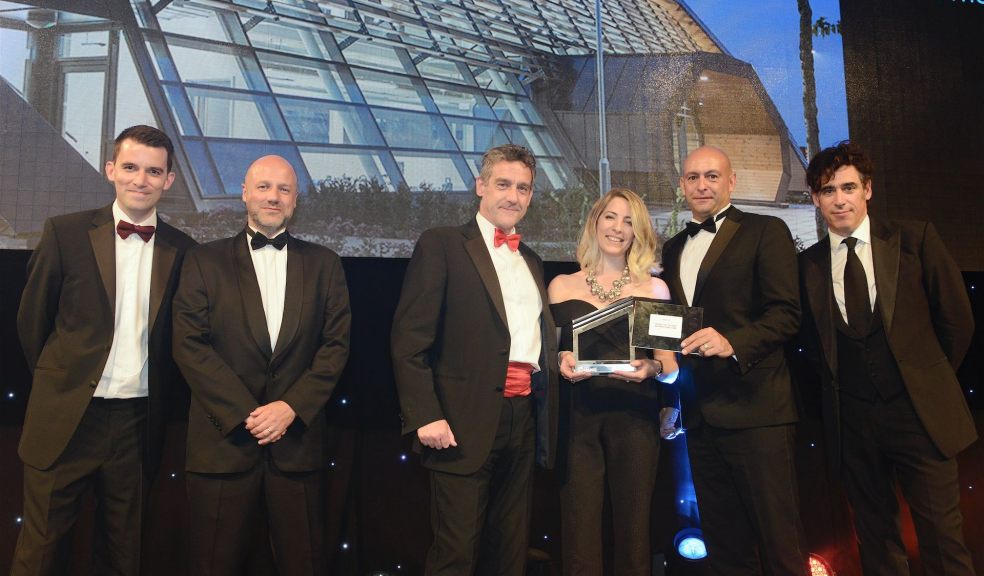 The building complex that houses part of the Met Office’s new supercomputer at Exeter Science Park was declared one of the best projects in the UK at the construction industry’s annual ‘Oscars’.

Willmott Dixon’s work to build the facility that houses the new supercomputer was declared Project of the Year in the £20m-£50m value category at the Construction News awards, with judges hailing this ‘unique’ building. Judges also commended on the ‘outstanding’ results on a ‘hugely technically challenging project, being a 60 degree-leaning cantilevered structure’.

Construction News also highlighted the excellent health and safety record, Willmott Dixon’s approach to local spending and employment and its use of apprentices on site as reasons for the project beating a host of others across the country to the coveted ‘best in class’ title.

Willmott Dixon also recruited a student from Exeter University to analyse all site movements to demonstrate how carbon could be saved if people, for example, shared cars and held meetings via the internet. The results of this analysis have now been implemented across the company.

The Met Office’s High Performance Computing Complex was completed in autumn 2016. The supercomputer it houses is one of the fastest in the world and the largest dedicated to weather and climate science. It is expected to enable £2bn of socio-economic benefits to the UK over the next five years.

The award is a major coup for Willmott Dixon one year after it opened its new Exeter office at Park Five Business Centre. During that time the company has been steadily growing in the region, creating jobs and winning work. That includes creating the new Plymouth History Centre as a major national attraction and starting on site with Route 39 Academy in North Devon.

John Boughton, deputy managing director for Willmott Dixon in the South West said, “It was a pleasure to work on such a ground breaking project and the team in Exeter are extremely proud of what we have achieved for both the Met office and the local area. Receiving this award just after our first anniversary in Exeter is a great way to celebrate our achievements and sets the standard for future projects. ”

Ralph James from the Met Office said, “This is a tremendous award to receive not only for Willmott Dixon and the Met Office but for Exeter and the Southwest too.  The project was a success not only because it was delivered ahead of time and within budget but also because of the highly productive collaboration of the people involved.  A lesson in how we can all work together to make complex projects work.  We are immensely proud of our building and all that it will mean for the Met Office, Exeter and for the UK in the future.”