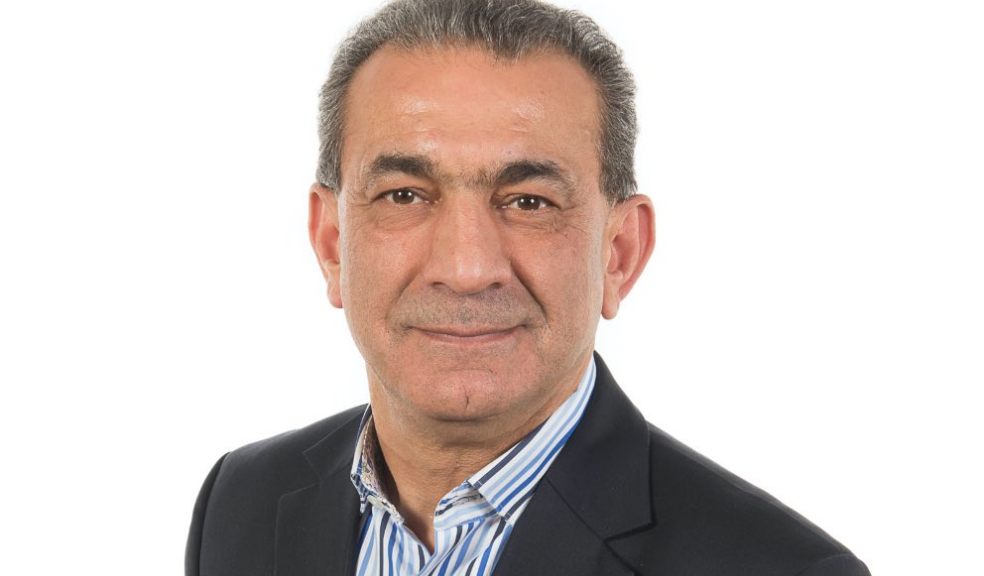 A leading civil engineer, who is playing a key role in major works to improve the resilience of the main railway line on the battered coastal route through South Devon, has achieved a top professional award.

Saeed Mojabi, Director of Infrastructure West at Arup, who is Project Director and lead Geotechnical Engineer for the railway resilience programme at Dawlish, has been awarded fellowship of the Institution of Civil Engineers (ICE), the oldest professional engineering association in the world.

Saeed, who lives in Bristol, began work at Dawlish in May 2018 on a multi-million-pound programme to rebuild and protect the seawall and mainline railway, after sea defences at Dawlish collapsed during storms in 2014.

He achieved Fellow (FICE) accreditation from ICE on Friday, 21 February at a ceremony in London, following a professional application process. Saeed said:

“Becoming a Fellow of ICE is far more than just a personal honour; it’s a recognition that what we do as senior engineers is important to society and underpinned by the highest standards. My current work at Dawlish is evidence of this. We’re using the latest expertise and techniques to improve the resilience of a main rail artery through the South West peninsula. It’s a crucial project for the region’s economy and its people – it’s this kind of impact that makes me proud to be a civil engineer.”

ICE represents more than 95,000 civil engineers and technicians across the world, with 7,000 in the South West, who design, build and maintain transport, water, energy, waste and flood infrastructure.

Miranda Housden, ICE South West Regional Director, commented: “Fellowship is our highest grade of membership for civil engineers who've made a significant contribution to the profession. Saeed is one of our leading figures in the South West infrastructure community. In 2019, he took on the role of Chair of Judges at our regional awards, showing great insight and dedication to the profession. I’d encourage other experienced built environment professionals and academics to follow in Saeed’s footsteps by becoming a Fellow and raising their profile as a senior civil engineer.”

As part of his role in judging the ICE South West Civil Engineering Awards in 2019, Saeed took part in a short film, showcasing the diversity of project entries from across the South West.

Anyone wanting to find out more about becoming an ICE Fellow should visitice.org.uk/membership.