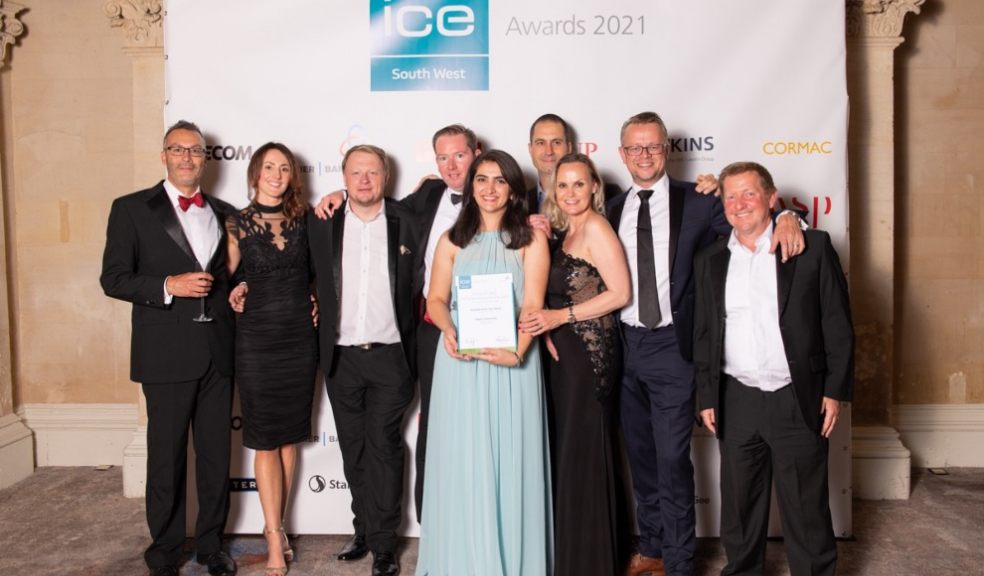 A talented design engineer at Richter has been recognised by the Institution of Civil Engineers (ICE) at a prestigious regional civil engineering event.

The winners of the ICE South West Civil Engineering Awards 2021 in association with Kier BAM were announced by Rob Bell, TV presenter and engineer, on Thursday 30 September at a gala ceremony in the Bristol Marriott Royal Hotel.

Sally Ameen, who is based at Richter in Exeter, was presented with a Highly Commended award in the Graduate of the Year category, sponsored by WSP. 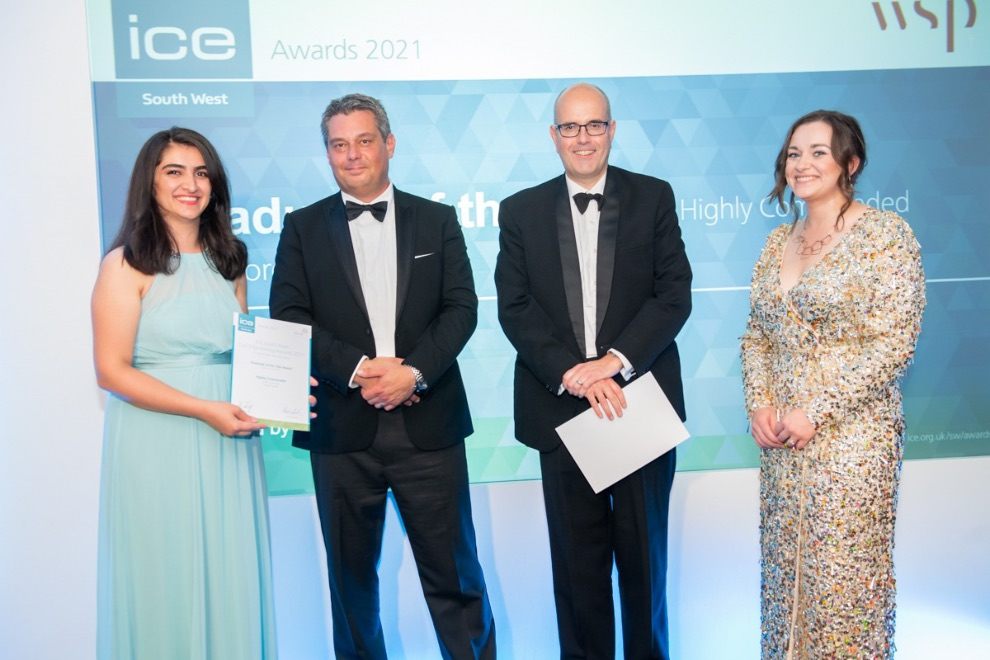 “Sally’s dedication (and bravery) in helping to deliver drinking water and sanitation projects in a war zone is inspiring. She’s taken all this experience forward into her work with Richter, where she is using her considerable skills and ‘can do attitude’ to make a big difference. We had an extremely strong cohort of applications for the Graduate Award this year. Sally thoroughly deserves to be recognised and we look forward to seeing more of her talent in the future.”

The ICE South West Civil Engineering Awards showcase the collective and individual achievements of civil engineers and civil engineering in the region. Ten projects from Cornwall to Gloucestershire were vying to walk away with an award after a year that has seen civil engineers battle to overcome the challenges of the coronavirus pandemic, keeping complex infrastructure works on track or delivering emergency schemes at breakneck speed.

The Box in Plymouth, the region’s biggest multi-disciplinary arts and heritage space, won the highly-coveted Showcase Award. The judges said the attraction was a worthy winner in recognition of its  contribution to the culture and visitor economy of Plymouth and the wider region.

The Helston Flood Alleviation Scheme took home the Project Under £8m (Re-Engineered) Award, sponsored by Richter. The Environment Agency project involved the construction of new defences covering 600m along the River Cober. The judges were impressed with the trusting relationship the project team were able to foster with the local community, enabling them to continue to work in people’s back gardens during the national lockdown.

The Collaboration Award, sponsored by Atkins, was presented to the NHS Nightingale Hospital Exeter. The judges said the scheme, which turned a former DIY store into a 116-bed healthcare facility in just 57 days, showed how extraordinary things can be achieved by working together.

“The one thing all the winners have in common is the direct benefit they bring to people through their work. Our awards are a real tribute to the thousands of civil engineers who continue to bring huge societal benefits to people in the South West.”

Full details of all the shortlisted projects and awards sponsors are available at ice.org.uk/sw/awards.