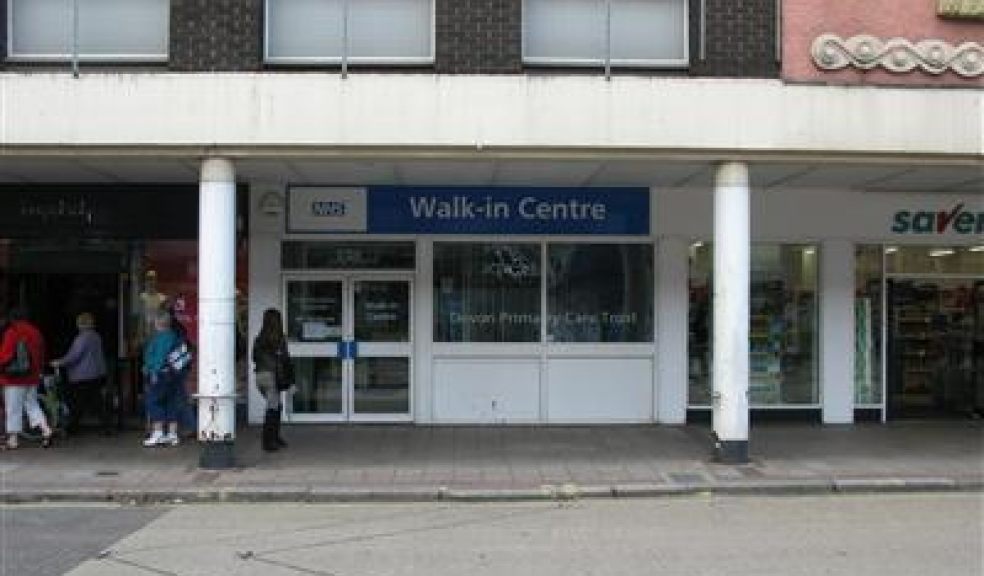 I recently took up an invitation from North, East & West Devon Clinical Commissioning Group (NEW Devon CCG) to attend a “Have Your Say” community engagement event to help them look at the way they/we use out 2 Walk-In Centres (WIC) in Exeter – one attached to the Accident & Emergency Department at RD&E, the other on Sidwell Street in the city centre.

They wanted to know about how to make sure that we have the right level of service, in the right place, at the right time. And probably at the right price (but we’ll come to that later).

Ben Bradshw MP has pledged his support for Exeter WICs, saying that they are very effective and showing an annual rise of 7% in patients. He is worried that all this great work is being put in danger because "GPs have never liked Walk-In Centres and want to close them down."

This is the situation elsewhere in the country and on BBC Radio Devon is quoted as saying:

This claim has been refuted by Dr David Jenner [Chair, Eastern Locality, NEW Devon CCG) on BBC Radio Devon  when he said

Needs for the future?
RD&E A&E department is one of the very few that are currently meeting target waiting times of no more than 4 hours but the situation is fragile and thought to be “not sustainable without change.”

Who uses WIC and why?
I am very surprised that there is no data on this. Are the two Exeter WIC different? Hard to make good judgments on future if it is not known why patients make very specific choices over WIC. The meeting suggested four reasons:

So far, so good, but something was troubling me. Why this consultation? And why now?

So why now?
Many WICs around the country have been closed, despite being extremely popular, because the demand was exceeding expectations and thus creating an unexpended financial burden.

The day following the event last week, Monitor concluded their own public consultation on the future of WICs.

Monitor considered that it was in the interests of patients to undertake a review into changes to arrangements relating to services provided by WIC in order to understand the impact of these changes on choice and competition.
Monitor hopes that the review will help the commissions - NHS England and CCGs - decide if they should be maintained, as NHS England has to decide whether to renew the deals, while local CCGs have to determine whether out-of-hours and non-registerd patient provision will continue.

And at the same time NHS England is running a review of Urgent and Emergency Services, and the public consultation phase runs until 11 August.

So why aren't NEW Devon CCG waiting until the results of these two important reviews published?

I'm guessing that it's tied up with some of the discussions to be held in the forthcoming Exeter Health Summits - that WIC provision is part of the re-commissioning process of services currently provided by North Devon NHS Trust  that has to go out to tender in December.

And why?
Budgetary pressures, no doubt?

But NEW Devon CCG didn't tell us how much they needed to save.

The cynic in me thinks that the RD&E WIC is "under consideration" because, if the CCG can save money by scaling back/closing the WIC, those patients that present will HAVE to be attended to by A&E - funded by NHS England. And that decision can be disguised by the fact that RD&E want to expand A&E.

I'm sorry to be so negative and pessimistic about the future of at least one of Exeter's two WICs.

I hope that NEW can do something to restore my optimism.

The next stage of consultation comes with the re-commissioning of Exeter’s community healthcare services, which includes Exeter’s WICs.

Due to the size of the venue there will be limited places and allocated on a first come basis
To reserve a place, contact: Helen Cox
helen.cox4@nhs.net

If you have any local issue you are keen to publicise, you can post a blog here (if you have not done so already you will need to register here).