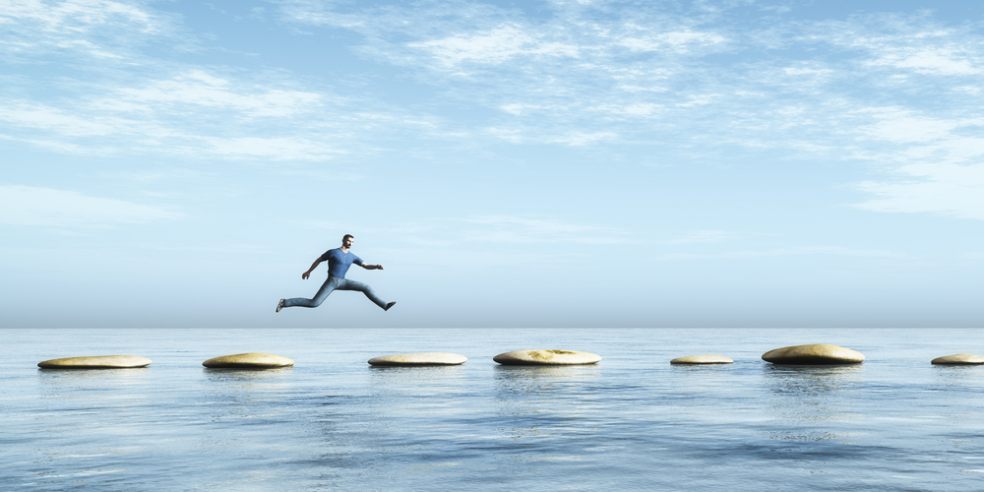 Obstacles are the stepping stones of success

A man was walking in the park one day when he came upon a cocoon with a small opening. He sat and watched the butterfly for several hours as it struggled to force its body through the little hole. Then it seemed to stop making any progress. It looked like it had gotten as far as it could, so the man decided to help the butterfly. He used his pocketknife and snipped the remaining bit of the cocoon.

What the man in his kindness and haste did not understand was that the restricting cocoon and the struggle required for the butterfly to emerge was natural. It was nature’s way of forcing fluid from its body into its wings so that it would be ready for flight once it achieved its freedom. Sometimes struggles are exactly what we need in our lives.

If we were allowed to go through life without any obstacles, we would be crippled. We would not be as strong as what we could have been. And we could never fly.

History has shown us that the most celebrated winners usually encountered heartbreaking obstacles before they triumphed. They won because they refused to become discouraged by their defeats.

My good friend, Lou Holtz, football coach of the University of South Carolina, once told me, “Show me someone who has done something worthwhile, and I’ll show you someone who has overcome adversity.”

Beethoven composed his greatest works after becoming deaf. George Washington was snowed in through a treacherous winter at Valley Forge. Abraham Lincoln was raised in poverty. Albert Einstein was called a slow learner, retarded and uneducable. If Christopher Columbus had turned back, no one could have blamed him, considering the constant adversity he endured.

As an elementary student, actor James Earl Jones (a.k.a. Darth Vader) stuttered so badly he communicated with friends and teachers using written notes.

Itzhak Perlman, the incomparable concert violinist, was born to parents who survived a Nazi concentration camp and has been paralyzed from the waist down since the age of four.

Chester Carlson, a young inventor, took his idea to 20 big corporations in the 1940s. After seven years of rejections, he was able to persuade Haloid, a small company in Rochester, N.Y., to purchase the rights to his electrostatic paper- copying process. Haloid has since become Xerox Corporation.

Thomas Edison tried over 2,000 experiments before he was able to get his light bulb to work. Upon being asked how he felt about failing so many times, he replied, “I never failed once. I invented the light bulb. It just happened to be a 2,000-step process.”

Franklin Delano Roosevelt, elected President of the United States for four terms, had been stricken with polio at the age of 39.

Persistence paid off for General Douglas MacArthur. After applying for admission to West Point twice, he applied a third time and was accepted. The rest is history.

In 1927 the head instructor of the John Murray Anderson Drama School, instructed student Lucille Ball, to “Try any other profession. Any other.”

Buddy Holly was fired from the Decca record label in 1956 by Paul Cohen, Nashville “Artists and Repertoire Man.” Cohen called Holly “the biggest no-talent I ever worked with.”

Helen Keller, the famous blind author and speaker, said: “Character cannot be developed in ease and quiet. Only through experience of trial and suffering can the soul be strengthened, vision cleared, ambition inspired and success achieved. Silver is purified in fire and so are we. It is in the most trying times that our real character is shaped and revealed.”

Mackay’s Moral: There is no education like the university of adversity.

Reprinted with permission from the internationally syndicated columnist Harvey Mackay, autor of the NY Times #1 best seller Swim with the sharks, without losing your shirt