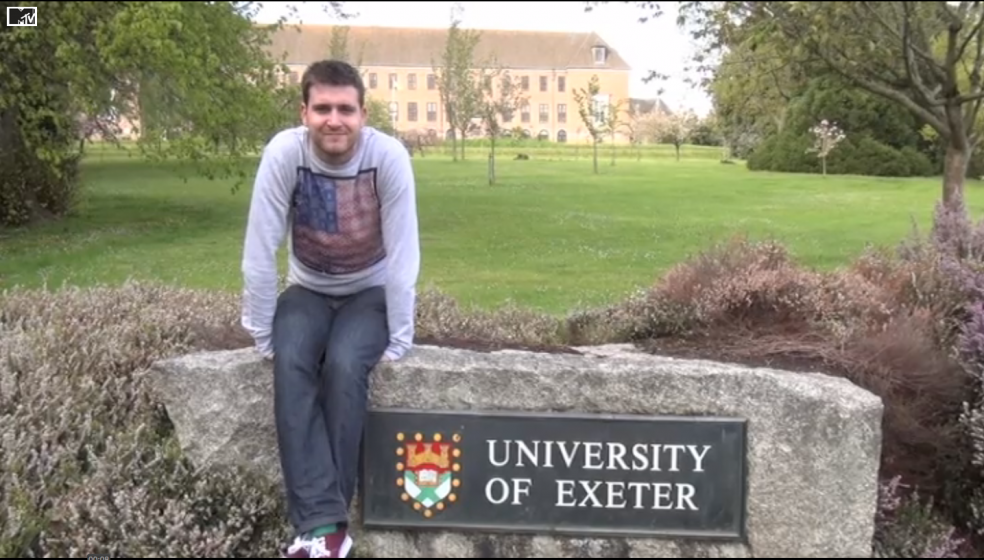 A University of Exeter student has been shortlisted for the MTV Student of the Year award.

MA English Studies student Ashley Jenkin is hoping to take the title as the final stages of the online voting draws to a close on Sunday 9 June, when the announcement will be made.

Ashley is one of the top 20 finalists who came through from a hugely competitive set of entries, standing out as really exciting, passionate and unique. Throughout his time at Exeter, Ashley has been a member of Expose, Xpression FM, Eutco and Theatre with Teeth. This active involvement has included holding positions as a producer, writer and stage manager with Eucto and Theatre with Teeth, which has enhanced his experience and understanding of the arts industry.

The winning student will win a paid summer placement at MTV headquarters in London.

Ashley said: ”I would love to be picked as MTV's Student of the Year. I feel that my time at Exeter University has been fulfilling, both in terms of courses and opportunities, and I want to use the competition to express this. In studying English I have gained communication and analytical skills, and in joining numerous societies I have been able to make a lot of friends and share a lot of experiences. The prospect of using this experience to work for MTV, one of the country's leading networks, is really exciting.”

Dr Paul Williams, an English lecturer from the University of Exeter who has taught Ashley on several modules is supportive of Ashley’s endeavours. He says: ”Ashley is an intelligent, articulate student and he's a natural ambassador for the Exeter student experience. I always enjoyed having him in seminars since he has a sense of wit and fun as well as having things to say about the texts we've studied. He deserves to go far in the MTV Student of the Year awards and I hope everyone gets behind him! On banter alone he should be a good bet for the finals.”

Ashley needs votes to get him through to the live final on Sunday, you can support him by voting on the MTV website.