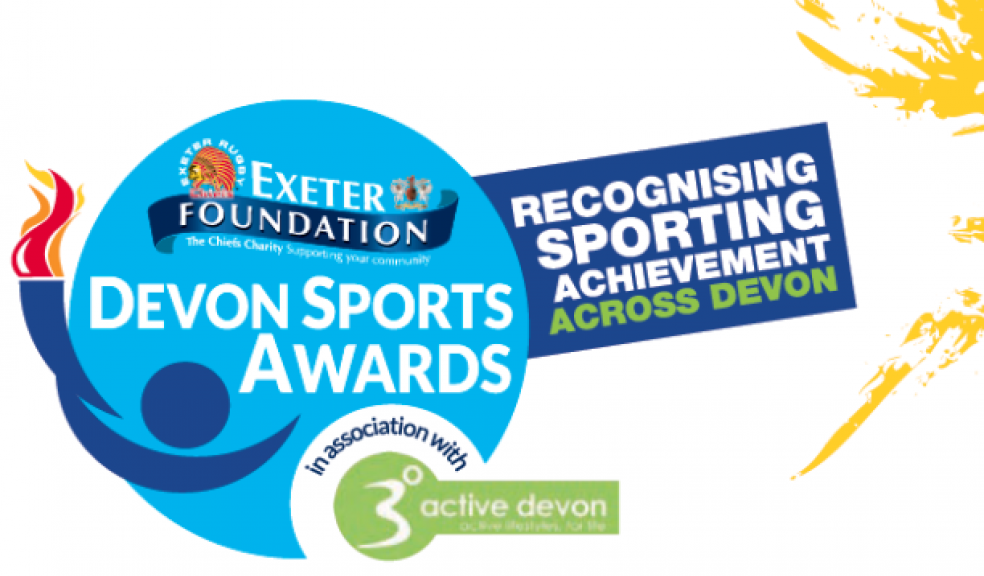 The finalists for the prestigious 2015 Exeter Foundation Devon Sports Awards have been announced.

The Awards, which are being held at Exeter venue Sandy Park on the 8th May, attracted a record number of nominations from sports varying from archery, athletics and Tae Kwon-do to sailing, skateboarding and table tennis.

The judging panel, coordinated by Active Devon, who are overseeing the Awards together with the Exeter Foundation, have narrowed the nominations down to 26 finalists in seven categories from an extremely strong pool of entries.

The finalists for the Outstanding Performances in Elite Sport will be revealed next week and there is also an award for Outstanding Contribution to Sport in Devon which will be announced on the night at the glittering ceremony.

The Awards, which celebrate the very best sporting contributions and achievements aim to recognise those who inspire others at all levels in sport. This year coaches, volunteers, teams, athletes and clubs all feature in the awards, all of whom have made outstanding contributions to their sport in Devon.

“The calibre of this year’s entries is un-surpassed” said Matt Evans, Chief Executive of Active Devon.

“What continues to amaze us is the sheer volume and diversity of voluntary effort that makes sport happen in Devon, as reflected in nominations for the Devon Volunteer of the Year award. Volunteers’ unstinting contributions to their sports so often go unrecognised, so this is one way that we can celebrate their achievements. We also want to say a huge thank you to everyone who nominated someone special in their sport.”

David Bird, an Exeter Foundation trustee who was on the judging committee, said: “I have sat on the panel since the awards began and the job gets tougher every year.”

Winners of the Devon Sports Awards will be presented with their trophies this year by Britain’s most decorated male swimmer and Strictly Come Dancing star, Mark Foster.

Devon Coach of the Year

Devon Young Coach of the Year

Devon Volunteer of the Year

Devon Young Volunteer of the Year

Devon Club of the Year

Tickets can still be purchased for the Awards at Sandy Park. Contact enquiries@exeterfoundation.org.uk for more details.