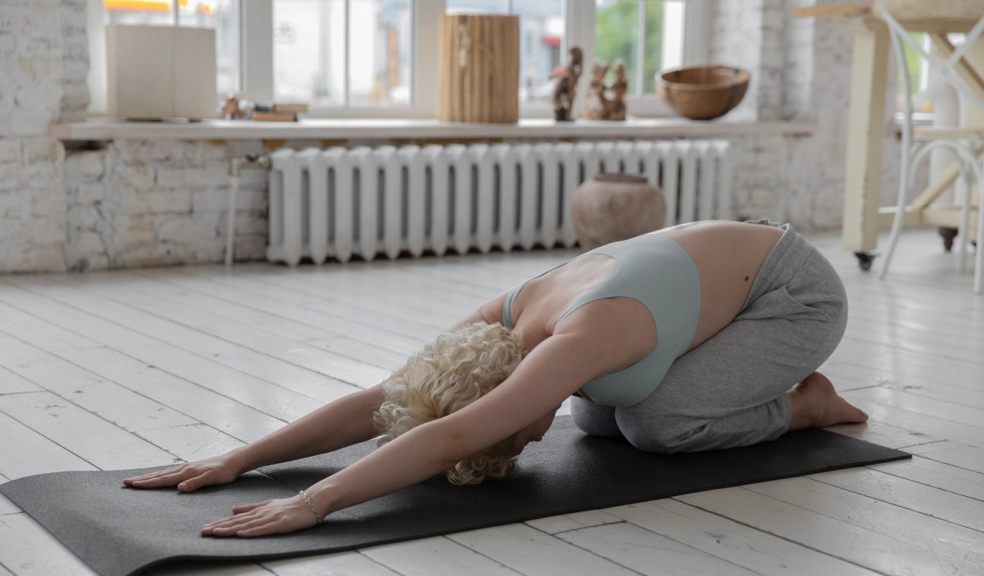 What is Yin Yoga?

Yin Yoga is a type of passive yoga that has you hold certain poses for a longer duration. The poses can be held for three to ten minutes. Directly opposed to the belief that Yin Yoga is from China, this technique is a combination of Hatha Yoga and Classical Hatha Yoga. Originally, Hatha Yoga was a practice done by monks in austere, almost monastic, environments. In Swami Sivananda's time, teachers shortened the duration to 1-3 minutes to make it more accessible for everyone.

In Yin Yoga, only passive poses are used. The muscles are only used to hold the posture without any extra effort. The asanas are held for a longer duration, so props such as cushions are recommended. The poses are named in a way to avoid direct association with Hatha Yoga. Paul Grilley calls Yin Yoga' old wine in a new bottle'.

Some people believe that yoga originated in the 1200s. The words "yin" and "yang" are associated with ancient Chinese medicine.

Yin Yoga started in the 1980s when Paul Grilley saw a martial arts demonstration by Paulie Zink, a Taoist yoga teacher. Paul Grilley fell in love with the mobility of Paul Zink. So he went to Paulie Zink's Taoist Yoga classes. He practiced holding poses for long durations of 5-10 minutes. Even after years of doing yoga, Paul did not get much improvement in his flexibility. He stopped going to classes and continued practicing and teaching his particular form of Vinyasa Yoga.

Eventually, he taught some passive stretching exercises to his students. The results were overwhelming; the students reported an improved range of motion quickly. He wanted to make sure his classes were not confused with traditional Indian Hatha Yoga, so he called them Yin Yang Yoga.

A student of Grilley's, Sarah Powers, called attention to the fact that he should better call it Yin Yoga. After this occurrence, 'Yin Yoga' spread throughout the yoga community. Visit this website for a Yin Yoga Teacher Training.

The primary difference is the holding pose duration. We hold most asanas between 5 and 10 minutes. Compared to more static forms of yoga, such as Ashtanga, vinyasa, and vinyasa flow, the poses are held for 5 to 10 breaths.

Even though Hatha Yoga is more static, the poses are held for a maximum of 3 minutes. In Hatha Yoga, we have the poses less long than in Yin Yoga. However, asana is still held for 5 to 10 minutes.

When we hold a pose for a more extended period, the muscles and connective tissues are put under pressure. Our yin tissues are less vascular and less elastic, so they stretch more slowly. Trying is right for you because it improves your flexibility, circulation, and range of motion.

Dynamic forms of yoga, such as Vinyasa Yoga and modern Hatha Yoga, help the muscles to stretch. Muscles are quick to warm up and stretch but also quick to cool down and rebound. That is why it is essential to take a few days off if you plan to practice.

If you only exercise in dynamic ways, you will build strength but not reach a broader range of motion. To have a healthy range of motion, we need also to stretch the deep connective tissue and the joints.

According to Paul, Yin Yoga is complementary to Yang Yoga exercises.

The Hatha Yoga concept of Yin and Yang is similar to the Buddhist idea of Ida and Pingala. Yin and Yang are mentioned in Traditional Chinese Medicine, Ayurveda, and yoga.

These are ancient philosophies that describe the two different forces in nature.

Tendons, ligaments, and discs are yin tissues. Muscle and blood are yang tissues.

Yin tissues are like stiff dough that rebounds slowly. Muscle stretches are easy to re-inflate. All tissues have both yin and yang qualities. For example, a muscle-tendon can be dense like a ligament, but the muscle belly can be very soft and elastic (Yang).

What I will say is that tissues can be worked out yin or Yang. What is terrible in a yang practice is useful in a yin practice and vice versa.

It becomes more elongated & more pliable. If you exercise it, Yang, it becomes shorter, healthier, and stiffer. Yin Yoga is slow and static traction; Yang Yoga is rhythmic weightlifting or running. The targeted muscles are relaxed. Yang Yoga muscles are generally contracted.

In teaching Yin Yoga, you should keep these principles in mind.

The purpose of yoga asanas is to strengthen our bodies and improve their performance. This is accomplished by stressing the fibers.

In functional yoga, there is no one perfect pose. The hand and foot positions help or inhibit the ability to hit the target. It varies from person to person how you do this.

Each one is different. There is a range of difficulty in this exercise.

These three types of stress are applied in the yin poses.

The essential benefits of Yin Yoga are that they improve lung and heart function.

Stretching helps us stimulate the layers of fascia in our body. When we experience stress, our fascia becomes subtle, and nutrients move through. It allows the body to work better.

Ligaments connect bones. Ligaments are stiff, strong bands that help to protect our joints from going out of place. With age, tendons begin to contract. With Yin Yoga, we gently stretch our joints and maintain our joints' range of motion. To remain youthful, our muscles must be stretched.

Tendons are the connective tissues that connect muscles to the bones. The tendons get stronger with yang exercises. It causes decreased motion of the tendons. This is the top reason for injury in athletes. We pressure and lengthen the tendons gently to retain a range of motion.

All physical movement happens at our joints. Due to the modern lifestyle that promotes sedentary lifestyles, fluid movement in the joint capsule deteriorates. This decreases the joint's lifespan. By gently putting pressure on the joints, it regenerates the muscles and fluids.

On gentle and long pressure, we stimulate internal organs and improve their functioning.

As the connective tissue's quality improves, the range of flexibility in our muscles is also enhanced.

Stretching helps to release stress, which is stored in our deep connective tissue. That is why many people, such as in Yin Yoga classes, can become emotional. Some of these reactions are entirely normal and can be expected.

In stillness, there is power—people who engage in meditation experience mental clarity.

Yin Yoga is currently not scientifically studied. However, some studies show the benefits of yoga and meditation. Several studies look at the effect of deep-held/stressed muscles. The evidence indicates that the stresses of yin yoga promote physiological and psychological well-being. The current lack of medical evidence is cause for concern, but the personal experience of improved health is also considered a valid form of proof. If it works for you, why not believe in it?